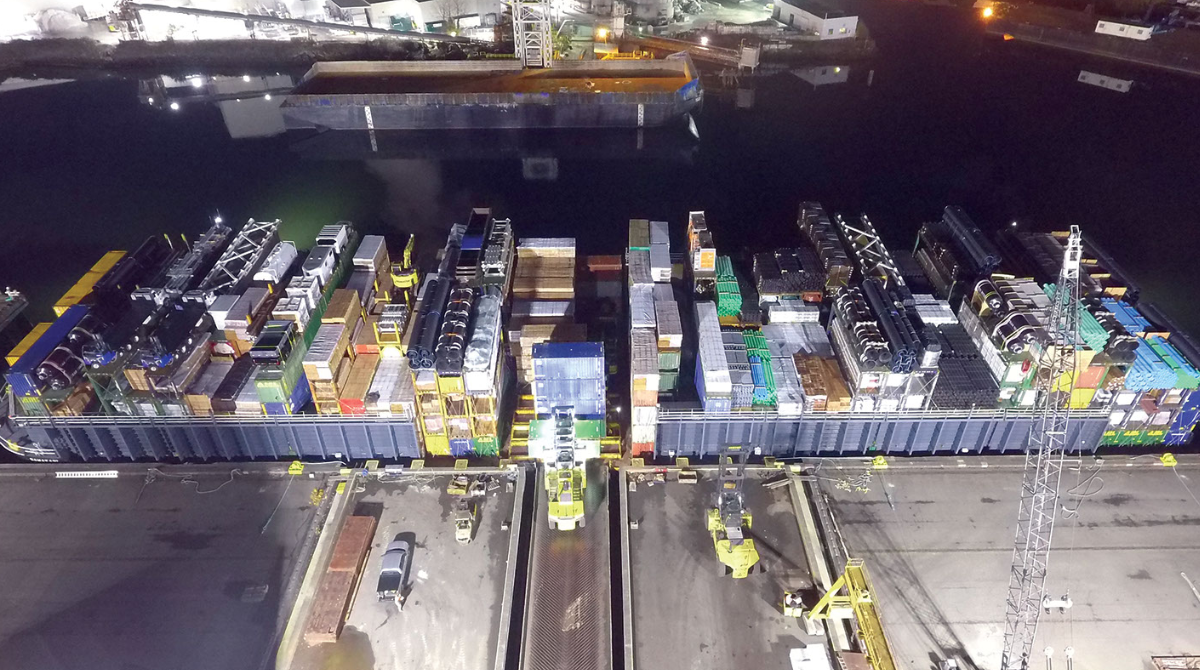 Aloha Marine Lines Voyage H0497W, which departed in December last year, carried the heaviest cargo load Aloha Marine Lines has ever transported from Seattle to Hawaii. According to Aloha Marine Lines Seattle Service Center Manager Tom Crescenzi, the Namakani barge was close to its maximum. "We still have a little more tonnage we could get on board, but not much. The barge capacity is 16,850 tons and the sailing carried 13,158 tons of cargo plus the weight of the containers, dunnage, etc." With 691 picks and 1,032 TEU it was an impressive load. Aloha Marine Lines purchased two large barges from Sause Brothers last year that enabled the Hawaii capacity expansion.

The Kamakani (above) and the Namakani are now the largest of all Alaska Marine Lines vessels – each with a 438-foot overall length and 105 feet of width and a payload of 16,869 tons. "For comparison, our railbarges are 420 feet long and 100 feet wide with a payload of 15,300 tons," explains Tom Crescenzi, Seattle Service Center Manager. The Kamakani was constructed by Gunderson Marine in 2008 and the Namakani in 2016. Both are fitted with 22-foot-high cargo binwalls and an internal ballast system.

"While the initial sailing of the Kamakani on April 18 was definitely the heaviest Hawaii single barge sailing to depart from Terminal 115 in Seattle, she also had the least amount of lashing," Tom says. "Between the walls and the rod lashings we dropped close to 90 percent of the lashing compared to a regular Hawaiian sailing. We still have a number of things to learn and improve on, but Hawaii Barge Master Brad Hughes did a great job on the first round. Everyone has put in a lot of work and, considering the size of this sailing and the short time we've had to handle the switch-over from Sause, everyone really stepped up."

In addition, Aloha Marine Lines moved from Pier 29 in Honolulu to the old Sause Bros. location at Pier 5 Kalaeloa – Barber's Point in Kapolei, HI. "Our new location is much closer to our high-volume customers in the industrial park area of Kapolei which will offer more delivery efficiencies to our Hawaii customers," says Jake Maenpa, Vice President Sales. 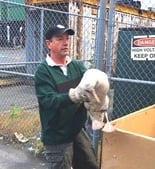