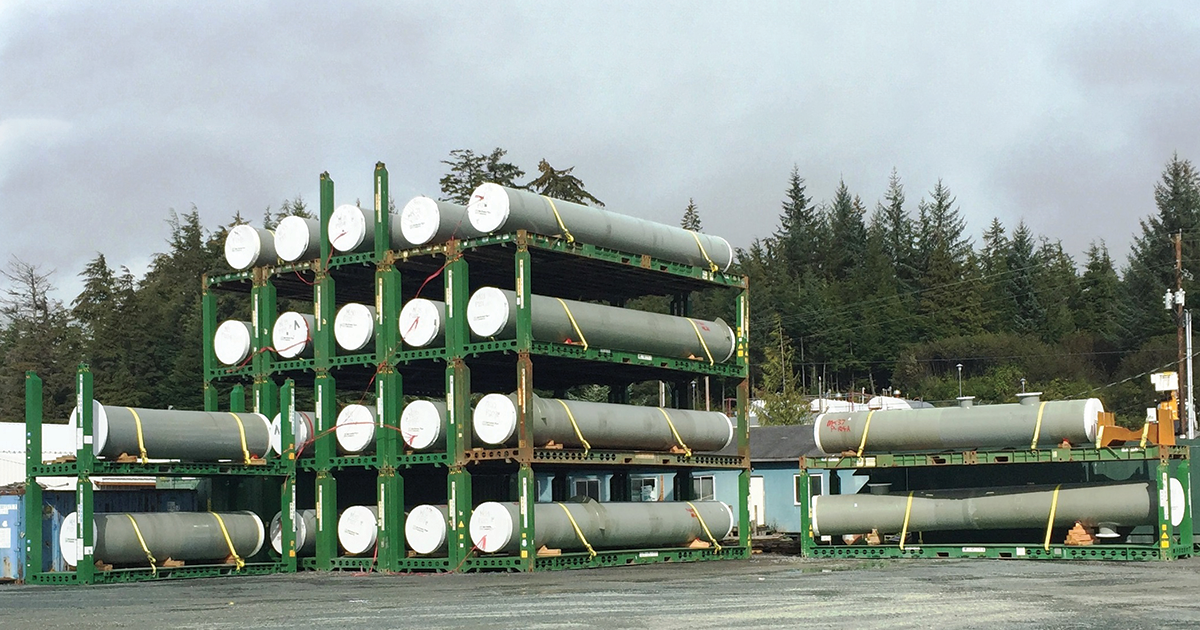 Construction is under way for a new hydropower facility in Kake, AK and Alaska Marine Lines is supporting the project by transporting penstock pipe and other materials. Local electrical utility Inside Passage Electric Cooperative (IPEC) is building the facility at an old hatchery near town. The plant will allow the community of 630 people to move from diesel power and generators to a cheaper, cleaner and more efficient power source. It's estimated that the new plant will save 2 million pounds of CO2 per year. According to Arrowhead Transfer Operations Manager Adam Davis, the first shipment of pipe was delivered last summer, but the project has been in the works for more than a year. "We started working on the project in 2018 with contractor Rock N Road," he says. "We've already handled 60 loads of concrete and aggregate weighing between 20,000 to 66,000 pounds each to build pillars, thrust block and other features." Many of the deliveries tested Adam's driving skills as they required backing a fully loaded 40-foot trailer down a long, one-lane driveway. The trailer was too wide for the narrow bridge so the excavator was used to unload the pipe at the job site.

IPEC is scheduled to finish the $10 million project this year. Pictured above, 54-inch penstock pipe is stacked for delivery at the Alaska Marine Lines yard in Kake.