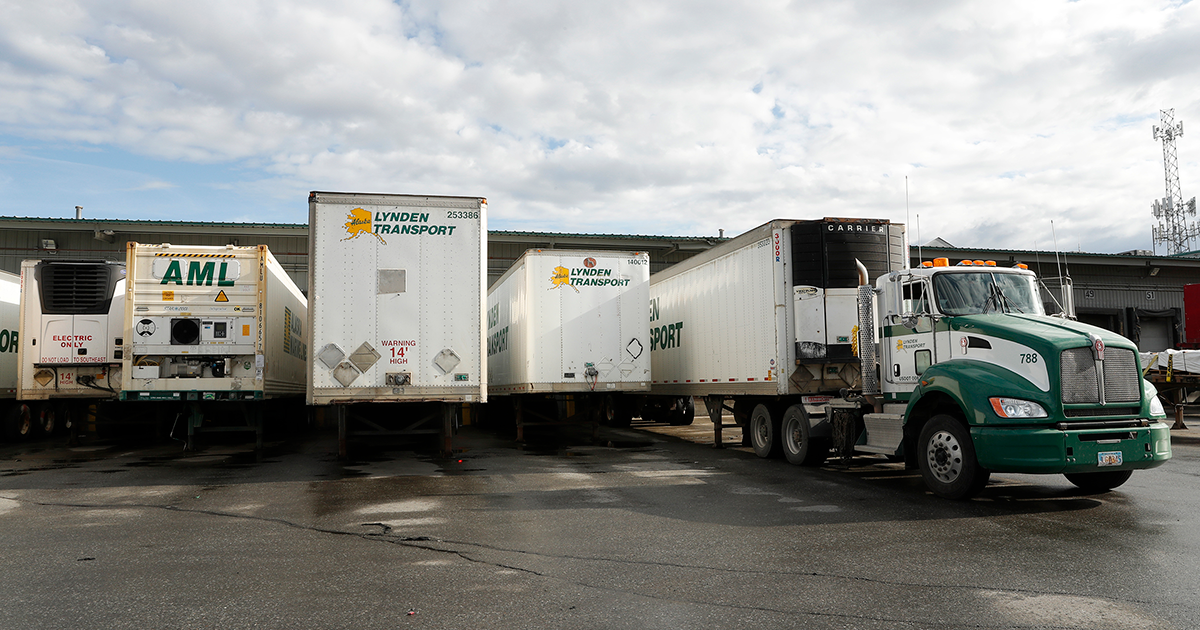 In what has become an annual tradition, Samaritan's Purse and its Operation Christmas Child project received a helping hand from Alaska Marine Lines and Lynden Transport. According to Andy Collins, Service Center Manager in Kenai, the Lynden team arranged for trailers to be dropped off at the Samaritan's Purse hangar at Soldotna Airport. Additional trailers were positioned in Fairbanks and Juneau. The trailers are then transported to Anchorage Baptist Temple and on to Fife, WA for final distribution overseas. The shoeboxes are filled with gifts and sent to underprivileged children in over 100 countries. "Lynden's contributions have an effect on thousands of children who receive the shoeboxes each year during the holidays," says Program Coordinator Craig Farris, President of Expressway Transportation, a partner in the project for the last 15 years.