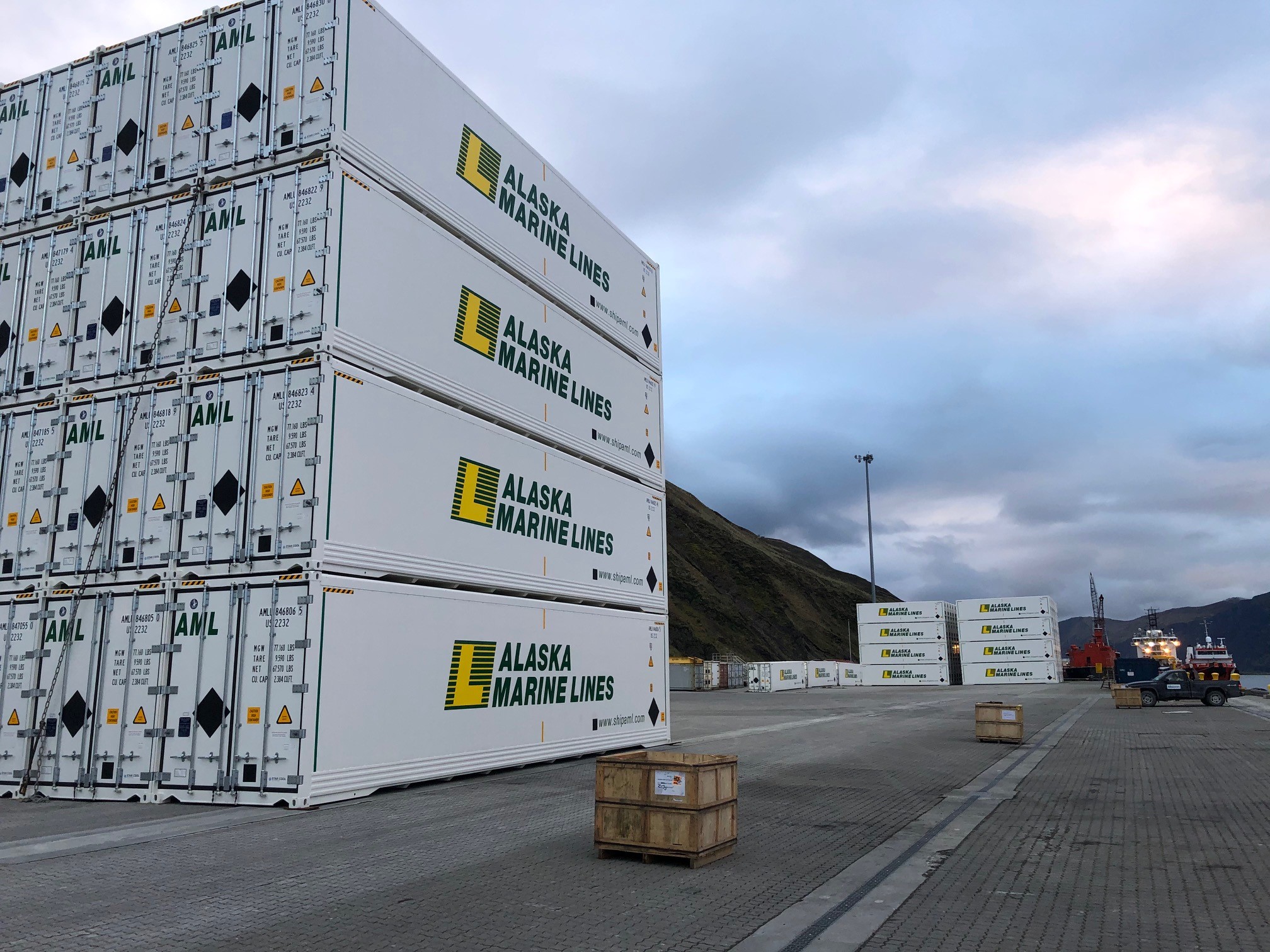 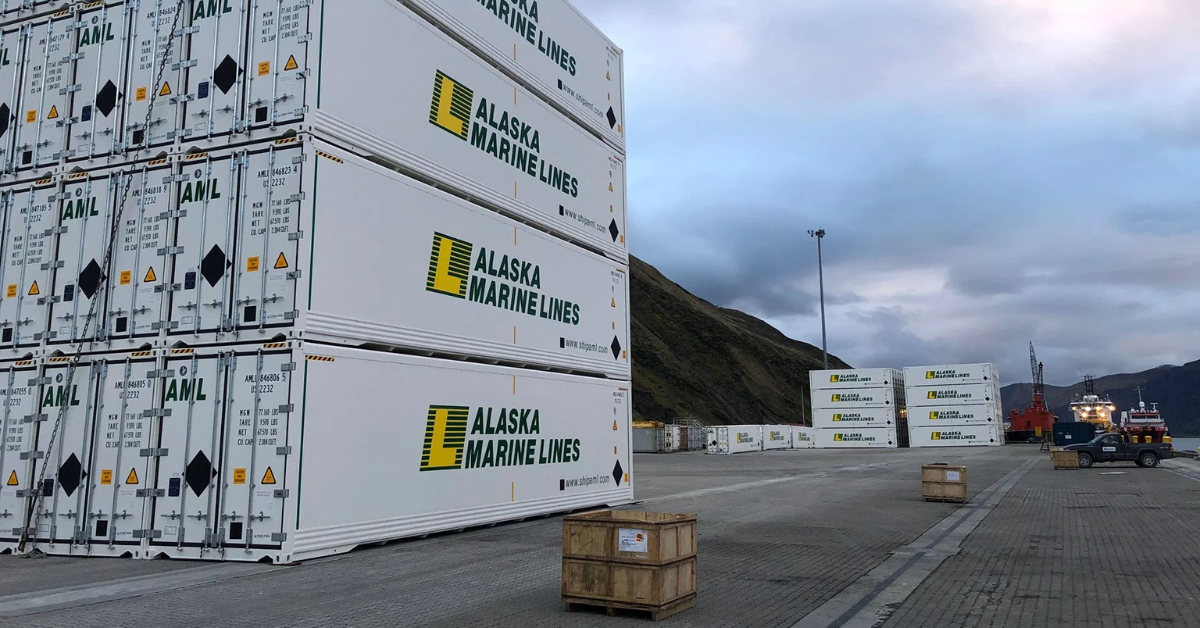 This spring, the M/V Saga Welco Indiana departed the port of Qingdao, China, with 600 new refrigerated shipping containers on their way to be put into service at Alaska Marine Lines. These units are the latest addition to Alaska Marine Lines' fleet of nearly 29,000 shipping containers, flats and tanks. While they will primarily be used for transporting seafood products from Alaska, they will also carry all types of temperature controlled products.

"The story of how the containers made their way into service with AML is noteworthy," says Purchasing Manager Jay Marchand. Eastbound global steamship space was in short supply and prices were rising. Alaska Marine Lines collaborated with Lynden Logistics to export the containers from China and charter a ship to bring them east. Lead by International Manager Elodie Gergov, the Lynden Logistics team worked on the release from Chinese customs while Jay and AML's Steve Hardin worked with the container factory on specifications, pricing, inspections and production schedule.

With five days to go before the containers were scheduled to be loaded onto the ship, everything was on track for departure. But, at the eleventh hour, the Lynden team identified an unforeseen gap in port documentation and port release fees. On Friday afternoon of a Chinese holiday week, Lynden's local agent was asked to help clarify the issues. "By being there in person and having local contacts, the agent was able to act on behalf of both Lynden companies and clear the way for the containers to be delivered to the port," Jay says. "The ship successfully departed with all 600 containers and arrived in Dutch Harbor 10 days later."

The next challenge came at the offloading in Dutch Harbor. Alaska Marine Lines contracted with a company to perform the stevedoring using local labor. Due to a high demand of labor and a shortage of workers between fish seasons, only 50 percent of that labor was available, and the delays were counting against AML's contracted detention time. With the threat of the ship being detained another week before it could finish unloading, AML sought the assistance of Alaska Marine Trucking equipment operators, Bering Marine tugboat crews, and local AML Dutch Harbor operations employees to help unload the ship using the ship's gantry cranes. Once the ship was anchored in the bay, two AML barges were brought alongside the M/V Indiana and the Lynden team unloaded directly onto the barge decks.

"While the container purchase had many unexpected challenges, it was the access to logistics professionals and their perseverance that allowed the project to succeed," Jay says. As Elodie put it, "The world of international shipping is very unpredictable, but we never give up and always do our best."