“Lynden’s commitment to the veterans in our community is admirable and appreciated. Because of their generosity, Anchorage is one step closer to providing a much-needed upgrade to the Veterans Memorial on the Park Strip,” says Mayor Sullivan. “It’s gratifying when companies like Lynden step up and deliver for their community.”

The 24-year-old memorial is in need of major renovation, including creating access for the disabled, vandal-proofing, concrete work and lighting. “Lynden’s support of the restoration project is a way to pay tribute to all veterans and their families – those who are part of the Lynden family, those we have lost, those who served and those who now serve,” Jeanine explains. 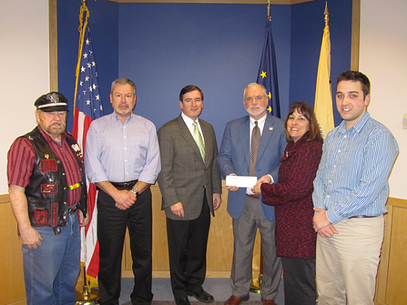