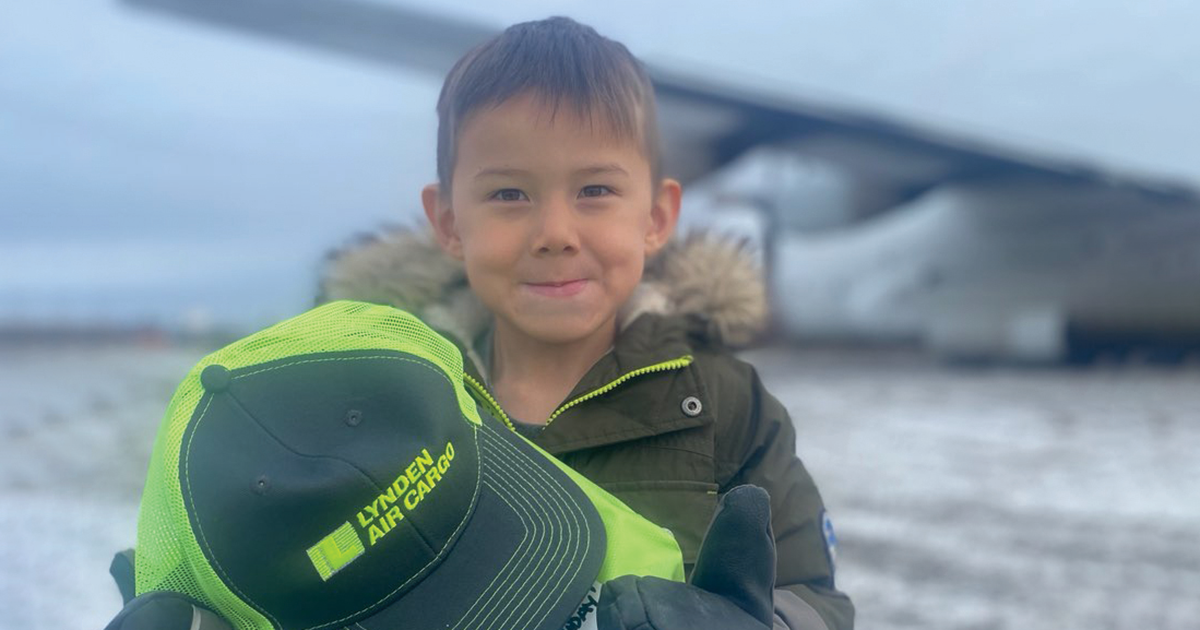 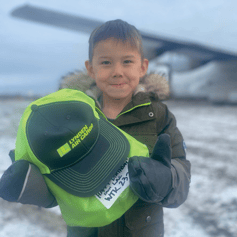 Bode Hostetter is a huge fan of Lynden Air Cargo's C-130 Hercules aircraft. Knowing a charter would be visiting their remote Alaska village of Noatak, his parents reached out to Lynden to see if they could purchase some Lynden items for Bode's fourth birthday. "I have a 4-year-old boy that just loves seeing the Lynden Herc flying to Noatak," writes Brent Hostetter. "I am curious if you sell merchandise or something with a picture of the herc?"

"We were glad to help celebrate Bode's special day," says Dani Myren, Lynden Air Cargo Customer Service Manager. Dani sent a birthday package on the next charter flight including a T-shirt, hat and a model of a C-130. "You and the crew made his day," Brent writes. "He did not stop playing with that model all evening yesterday. I had actually been trying to find that model online for him."