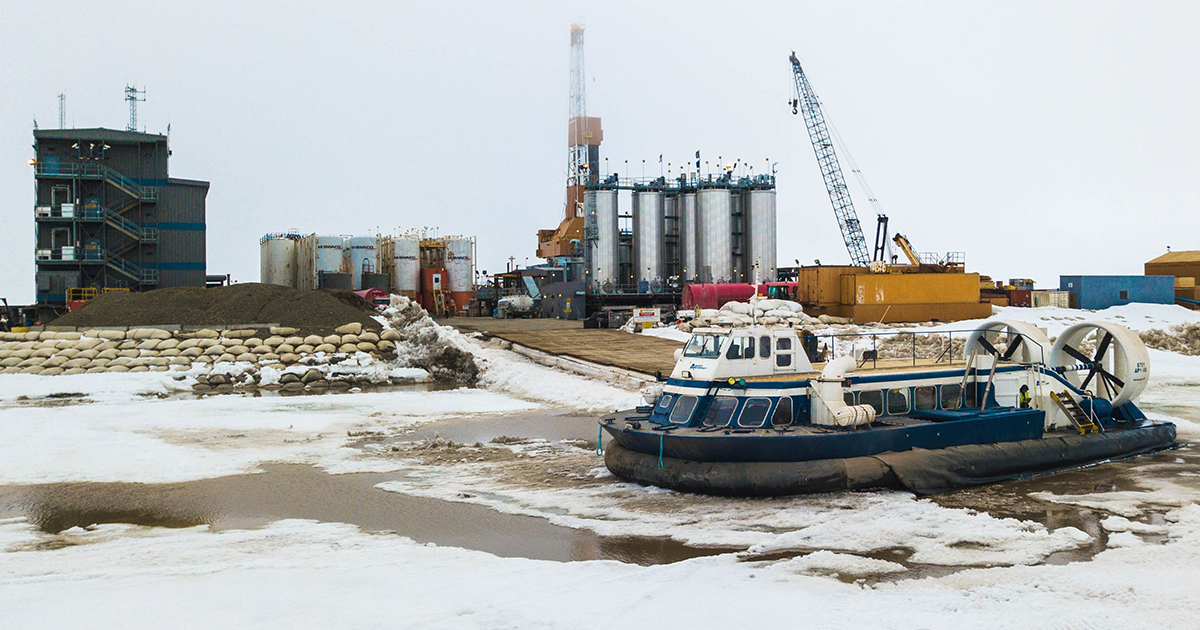 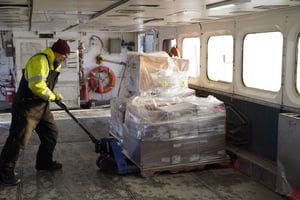 Here's something you don't see every day! Lynden’s hovercraft almost looks like it’s moving along with the migrating caribou in this photo. According to Bering Marine Vice President and Captain Jack Rasmussen, the shot was taken this past winter at the hovercraft storage area near Oliktok Point, AK, about 40 miles west of Deadhorse.

Have you seen the video for Alaska Hovercraft (part of the Lynden family of companies)? They deliver mail and freight from Bethel, Alaska to villages in the Y-K Delta...over land, snow, or water!

Note: Sorry for reposting this (it was originally posted a week or so ago), but the link to the video changed and I wanted to keep everyone up-to-date. Thanks!