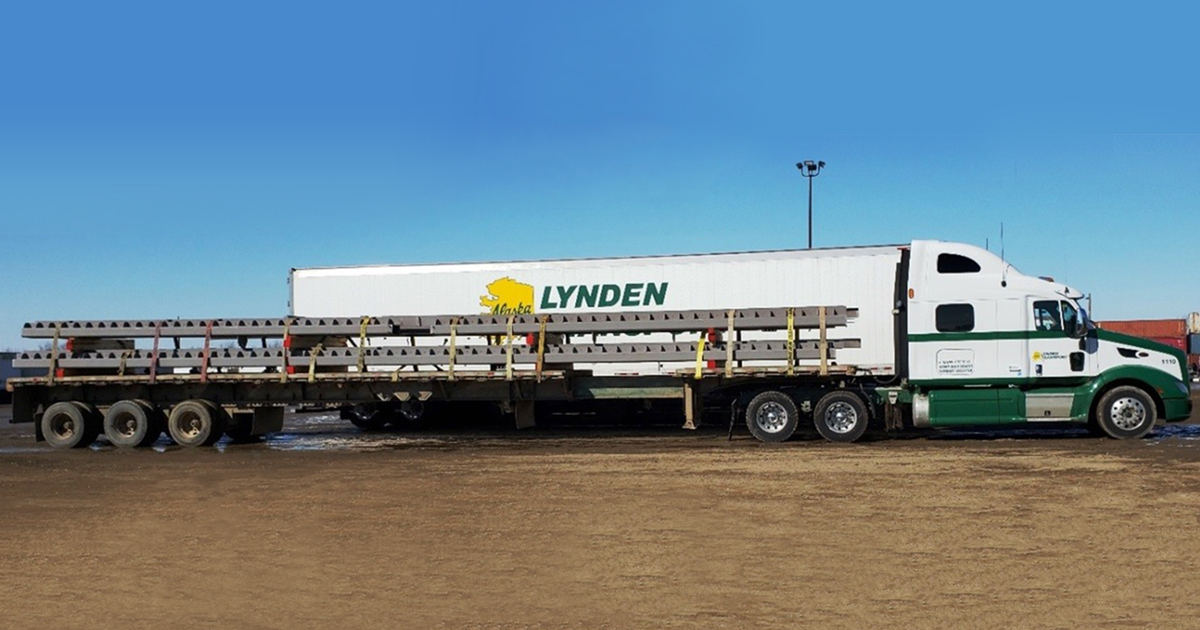 Lynden’s specialized high-capacity equipment was one of the advantages Canadian Lynden Transport offered when the Supreme Group was looking for a company to haul structural steel beams from Alberta, Canada to Alaska. The Supreme Group is the largest privately-owned steel construction company in Canada with locations in Edmonton (Acheson), Saskatoon, Winnipeg, Vancouver and a U.S. location in Portland, OR. The company was awarded two U.S. military projects to supply the structural steel beams at Clear Air Force Station in Central Alaska and an airplane hangar at Eielson Air Force Base (AFB) in Fairbanks.

"Our equipment really sealed the deal as we can safely haul more weight," says Account Manager Sandra Darke. "We also have a mix of Canadian and U.S. drivers and, of course, Alaska is our turf and expertise. We have completed approximately 100 loads for the Clear project since September, including a few loads of nuts and bolts from suppliers in the Lower 48 up via QuickTrans." Materials for the hangar will require approximately 80 loads and construction should be completed by June. According to Sandra, the projects have presented several challenges.

"Our operations team has to communicate and coordinate with five different origin locations and we are required to spot trailers for loading in Saskatoon, Winnipeg and three locations in Edmonton," she says. "Our Edmonton team has done an amazing job keeping all the loads organized and meeting Supreme and the builder’s specific needs. The Lynden Transport team in Fairbanks has kept close contact with the builders to hold some loads and deliver as they need them."