How “The Beast” moved from Alberta to the North Slope 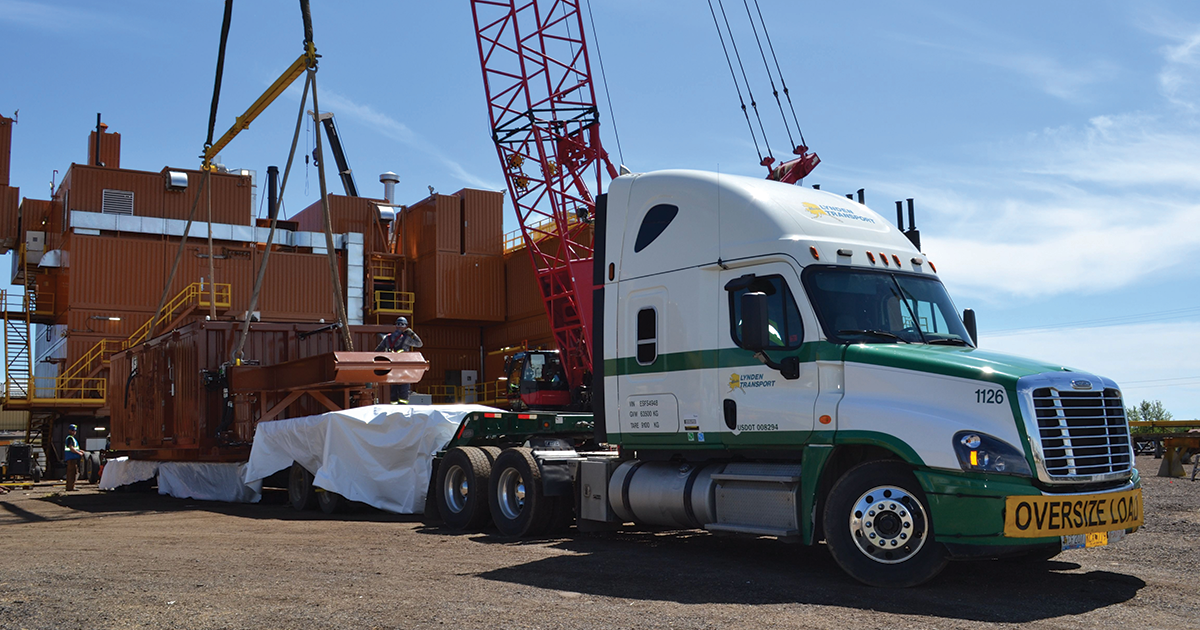 Rig 26, Doyon Drilling's new extended reach drilling (ERD) rig, completed its 2,400-mile journey from Nisku, Alberta to Alaska's North Slope this past winter. Lynden Transport, Alaska West Express and Lynden Oilfield Services teamed up to haul the 10.5-million-pound rig in pieces from Canada to Deadhorse where it was put back together after more than 320 separate truckloads arrived. Nicknamed "the beast," it is the largest land-based rig in North America and the first ERD rig ever built and moved in North America.

"This was one of the most high-profile projects Lynden has ever done and certainly the largest project that I have been involved in," says Paul Friese, Lynden Transport Vice President of Alaska Sales. "We started talking about this move four years ago, started planning a year ago and began the work in June 2019. In just six months we hauled over 320 loads. Our past work moving Rig 142 for Doyon set a high standard and gave them confidence in the Lynden team to handle this larger project. Many say the future of Alaska rides on the success of this new rig and technology, so we were under intense pressure and scrutiny to make sure the loads were delivered intact and on time for the reassembly in Deadhorse."

Rig 26 will have the capability to directional drill over 35,000 ft. (about 6.3 miles) from a single drilling pad on the North Slope. Doyon Drilling has been working for more than three years to build a larger powerful drilling rig, with increased capabilities greater than any other mobile land-based drilling rig on the continent. The new rig's extended reach can access production zones that were previously inaccessible with current drilling technology and capability.

"We want to thank the Lynden team," says Mike Lasher, Project Manager for Doyon Drilling in Anchorage. "Edmonton's Rick Stark oversaw every shipment loaded in Nisku, and Dan Rychlik helped with pre-planning and shipping requirements. Natasha Earl, Deanna Benson and Darren Stansbury and the Fairbanks team managed loads based on our priorities to ensure we received the right loads in the right sequence."

Rick also served as the Lynden project manager for Rig 142 and was instrumental in providing loading knowledge and experience along with James Delowsky. Rick and James loaded and moved most loads and transported them to the yard for staging and Cratex wrapping. 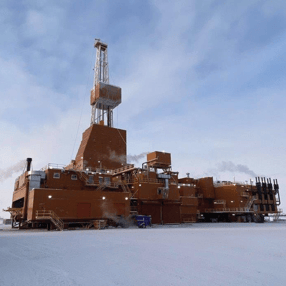 Lynden's Prudhoe Bay crew received and coordinated loads in Deadhorse around the clock to get the rig pieces where they needed to go, and the Edmonton team stepped up their game for the project. "This move impacted everyone from the shop to operations to the front office," says Canadian Lynden Transport General Manager Dan Rychlik. "Employees like Kent Maltais worked weekends; others postponed vacations. We even had to pull people from Calgary to help cover at times. I am extremely proud of the team effort here."

Alaska West Express, led by Steve Willford, planned and supervised the most challenging loads. Alaska West Express drivers and employees handle oversize and overweight loads to and within Alaska for all Lynden companies, and they were essential in delivering the awkward heavy hauls. Roughly 75 percent of the loads hauled were for the rig's subbase which consists of 525 items weighing a total of 1.7 million pounds. The Excel spreadsheet the Lynden team used for the move is a color-coded map of detailed dimensions on handrails, columns, wheel assemblies, platforms and other parts. Mike and other members of Doyon's team were set up on EZ Commerce, Lynden's reporting and tracking system, to help manage the transportation phase of the project and keep track of Lynden loads between Canada and the North Slope.

According to Paul, the heaviest and most unusual loads were the draw works, mud pumps, main beams, and engines for the rig. "When you consider that we had to move more than 300 loads that distance in six months during the winter ice road months with DOT road work and pilot car driver shortages, it's pretty impressive," he says. "We did all this while maintaining our current customer base with no impact to them while we took on this huge project. That is a testament to our dedicated operations team, drivers and mangers. I don't think there is any other company in Alaska that could've pulled this off in such a short time frame. We truly have the best team in the industry and this project proves it."

Watch the video below for a bird's eye view of Rig 26.