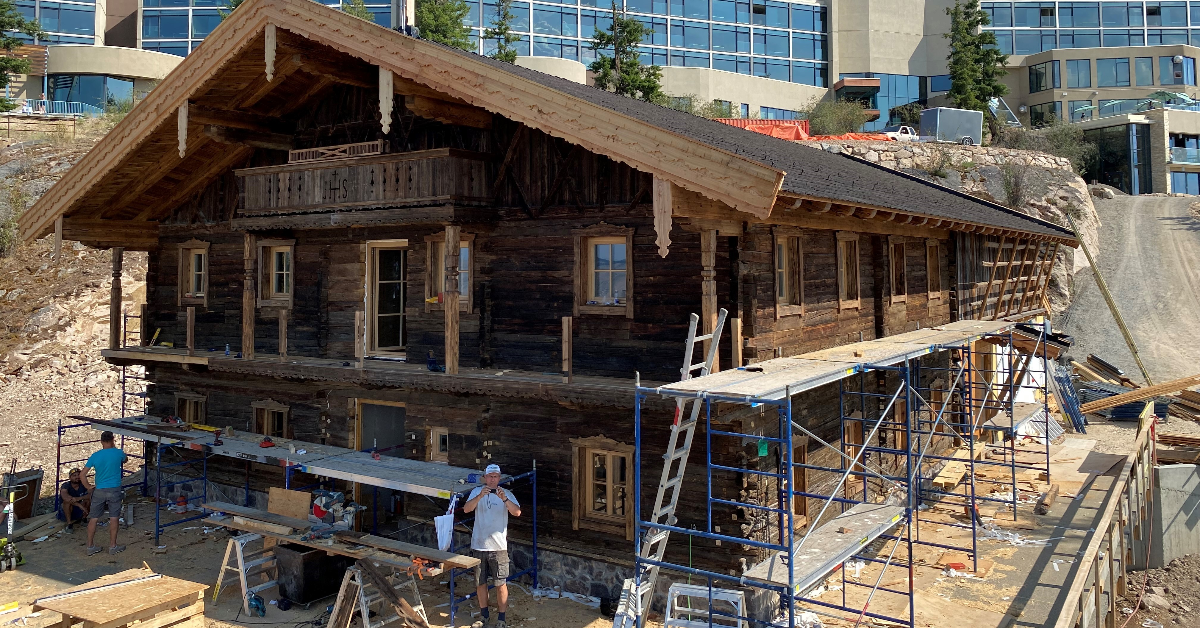 It took almost two years, but visitors to the Sparkling Hill Resort in Vernon, B.C. can now walk into a 16th century farmhouse originally built in the Alps to enjoy dinner. Pictured above, the farmhouse being reassembled in Vernon, B.C.

Sparkling Hill Resort Project Manager Barry Jackson has built many structures at the resort over the years, including a unique glass and steel teepee, but he was surprised at the complex process involved in moving the centuries-old farmhouse, timber by timber and container by container, across an ocean and by the expertise provided by Lynden Logistics to make it happen. 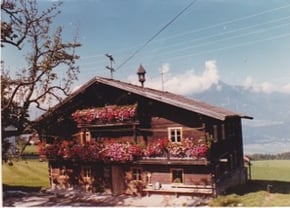 Pictured right, the 1587 farmhouse was originally located in Weerberg, Tyrol, Austria. The owner of Sparkling Hill Resort, Gernot Langes-Swarovski of Swarovski Crystal, heard about it and decided he would like to move it to Canada as a special attraction at the resort. Engineers took it down piece by-piece and delivered it to a warehouse in Austria where they cleaned hundreds of years of dirt and moss off the hand-hewn timbers. Each was meticulously numbered for future reassembly. The timbers were placed into five different open-top containers for the ocean voyage from the Port of Antwerp to Vancouver, B.C., all coordinated through Lynden Logistics.

The shipment would prove to be a challenge. “Not all five containers were loaded on the same vessel as planned,” explains Elodie Gergov, Lynden’s International Manager in Seattle. “This created issues with Canadian customs upon arrival in Vancouver, accentuated by issues with the fumigation certificates. These delays caused storage issues and mounting charges at the port. We reduced the financial impact of these costs for our customer by moving the containers in-bond until things were sorted out and the customs clearance was processed.”

Next, the Canadian Food Inspection Agency (CFIA) required an onsite inspection for each container at the exact time it was delivered to the resort in Vernon. “We overcame all these challenges, but the last hurdle was the longest and the toughest,” Elodie explains. “This project took place right when the world went on pandemic lockdown. By the time the cargo arrived, the carpenters and engineers that took apart the farmhouse in Austria could not travel to Canada to reassemble it.”

Eventually, restrictions eased, and the Austrian carpenters arrived in Canada to reassemble what is now called Gerni’s Farmhouse. It took four men 10 days to reassemble the building. Now, the restaurant is open, and a spa is planned for the upstairs of the building. “For those who have never been to Europe, Gerni’s Farmhouse provides an opportunity to experience authentic Austrian dining and a bit of time travel, too,” Jackson says.

“International shipping is always exciting due to its complexities and challenges,” Elodie says. “Managing one-of-a-kind projects like this makes my job even more rewarding. Lynden teams in Seattle and Canada worked together to make it happen.”