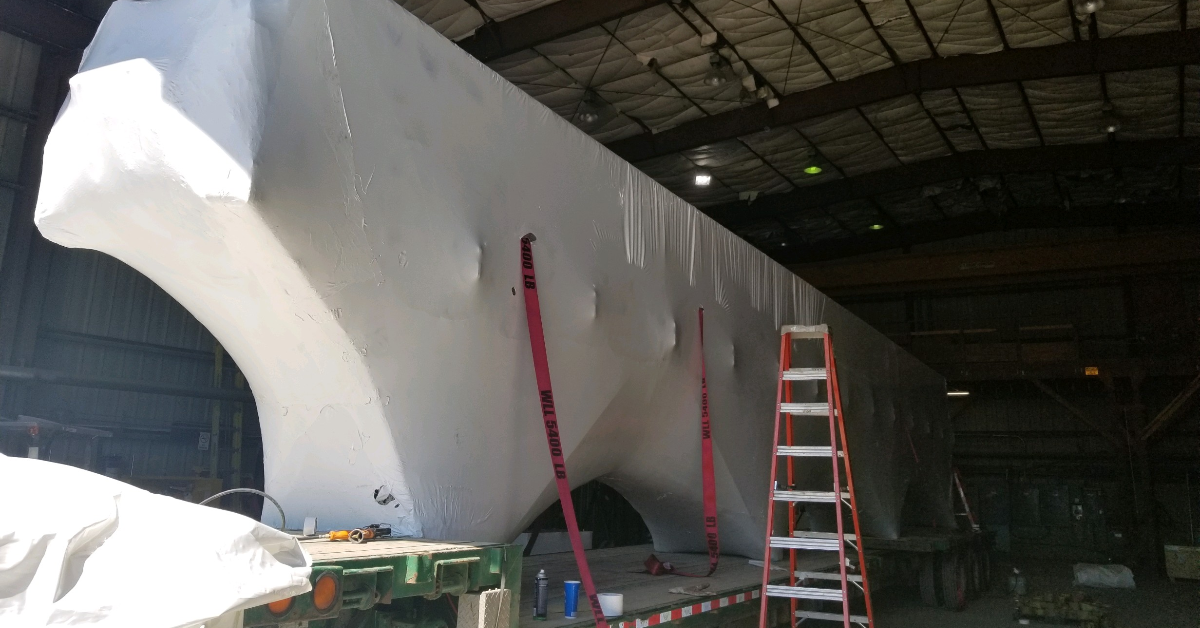 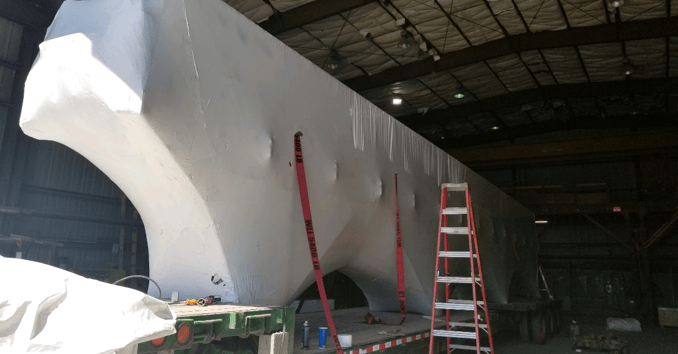 A recent One Lynden move ensured that an essential piece of equipment for Doyon Drilling's Drill Rig #26 made it to Prudhoe Bay in time for drilling this summer. According to Lynden Transport Corporate Account Manager Jacob Harrison, Doyon Drilling called on Lynden to move three oversized loads from Calexico, CA to the drilling site of Alpine on the North Slope. The challenge was to deliver the cargo before the ice roads became impassable in late April. Delivering the loads to the TOTE ship in Tacoma for the Friday sailing was essential to make the deadline.

Jacob and Lynden Transport's Houston Service Center Manager Terry Smith flew to San Diego to meet Doyon's Bill Walter to coordinate the project. "The day after we arrived, we drove to Mexicali where a representative with National Oilwell Varco (NOV) picked us up and took us across the border. Terry and I measured and inspected the loads while Bill Walter ran some final tests on the equipment with NOV," Jacob says. One load was almost 63 feet long riding on a 53-foot step stretch trailer that was stretched to 76 feet. The other two measured 56 and 57 feet long respectively.

The loads departed Mexicali and arrived in Calexico where Alaska West Express drivers were on standby waiting. Neil Cranford and Robben Finch of Alaska West Express coordinated the inbound trucks for all three loads. Neil, Robben and Jack Morad at Lynden Transport were ready and waiting when the loads arrived in Tacoma. Each load was heat wrapped for the sea voyage to Alaska.

On April 19, the ice road was only open from midnight to noon and closed during the day due to warm weather. Despite the incredible challenges, the loads were delivered via ice road three days later and by the deadline. An additional load of 10 wind walls for the rig was handled by Canadian Lynden Transport, departing Edmonton and arriving at Prudhoe Bay before the other freight arrived.

Once onsite, the three loads of odd-shaped cargo were used to build a pipe skate, a system to deliver pipe from the drill rig's pipe shed to the rig floor.

"We provided updates twice a day to ConocoPhillips Alaska and Doyon Drilling from origin to destination," Jacob explains. "The success of this move can be credited to the operations teams of Alaska West Express, Lynden Transport, Canadian Lynden Transport and Lynden Oilfield Services. The coordinated joint effort is the reason we were able to meet the required delivery date prior to the ice road closure."