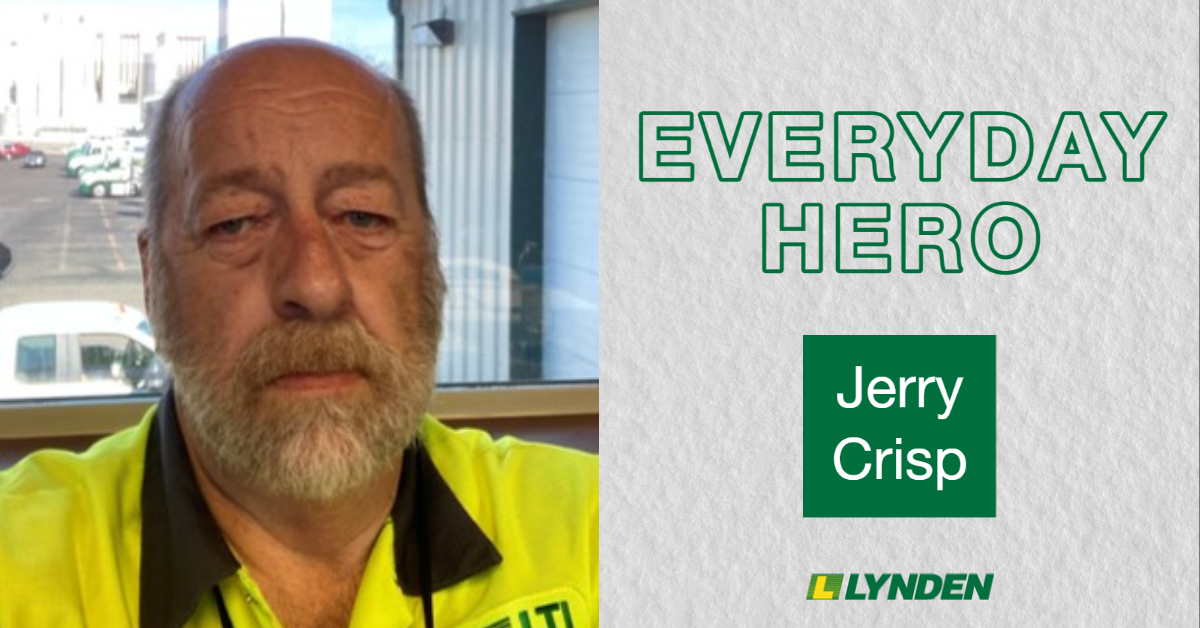 Bucket List Destination: Going to Florida to visit my brother that I haven’t seen in 12 years, traveling through the U.S. and holing up when I find a place with 80-degree weather year-round.

For Fun: Spending time with family and friends and traveling

How and when did you start working for Lynden?
I started in Sunnyside on Dec. 2, 1992. I was informed about the mechanic position opening by a friend that worked for LTI, Inc. I was looking forward to going from a small one-man shop working 24/7 to a shop that had a crew of three others to share the workload. Then eight years later, I was in the manager position overseeing six mechanics and four wash bay techs.

What is a typical day like for you?
Very unpredictable! I don’t think a day has gone by where the day went as I planned without a hiccup at some point. But I actually think I prefer it that way – it adds variety to the day.

What has been most challenging in your career?
The most challenging is trying to be ahead of operations in getting prepared for harvest and winter-time challenges. We have equipment that sits idle until we need it for the local harvest, and then we start prepping it about a month ahead of time. Winters are very unpredictable, so you have to be ready for the worst-case scenario.

What are you most proud of in your career?
Being able to finish out my career at LTI, Inc. To put in so many years in at one company is very rewarding.

Can you tell us about your family and growing up years?
My family consists of my siblings, two sisters and two brothers, I am second to the youngest. I think most of my childhood memories come from living in Nile River north Naches, WA. It was the best place to grow up, fishing, swimming in the river and climbing the mountains was the best you could ask for.

What was your first job?
My first job was pumping gas at Eagle Rock in Nile (now it’s called the Woodshed). Hunting season was the busy time of the year with all of the hunters coming to get gas and food. They would throw their keys at you and say fill it up and park it for me. I guess I looked older than I was then!

What would surprise most people about you?
Well, I have never been arrested, and I’m a nice guy!

How do you spend your time outside of work?
I spend most of my time thinking about work, but I see that changing in the near future.

What do you like best about your job?
It has to be the people. We have such a variety of people – office staff, drivers, mechanics, yard crew and wash bay. A lot of them are either fathers, daughters, brothers, sons, uncles or cousins to one another. It is nice to work with all of the different generations of families.