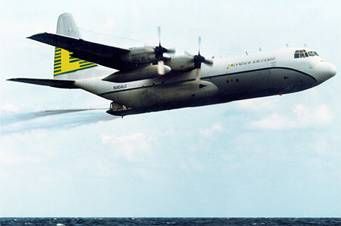 Lynden Air Cargo’s N403LC is shown here on one of the 81 aerial oil-dispersant missions Lynden flew in support of BP’s Deepwater Horizon response efforts in the Gulf of Mexico earlier this year. 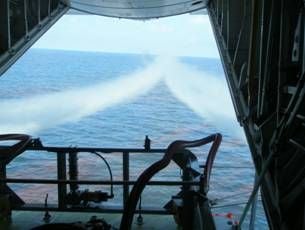 View from inside the plane

The first L-382G began flying missions in April, followed by the second aircraft, N401LC, in June. Both aircraft finished work in the gulf in July when the well was permanently capped. Flights operated out of Stennis International Airport in Mississippi. Chief Pilot and Captain Mike Redmon and 35 Lynden Air Cargo employees were involved in the project.

Lynden Air Cargo has helped with disaster relief all around the world, including relief flights to Haiti in early 2010 and delivering emergency supplies to Samoa and Indonesia after the earthquakes in late 2009.