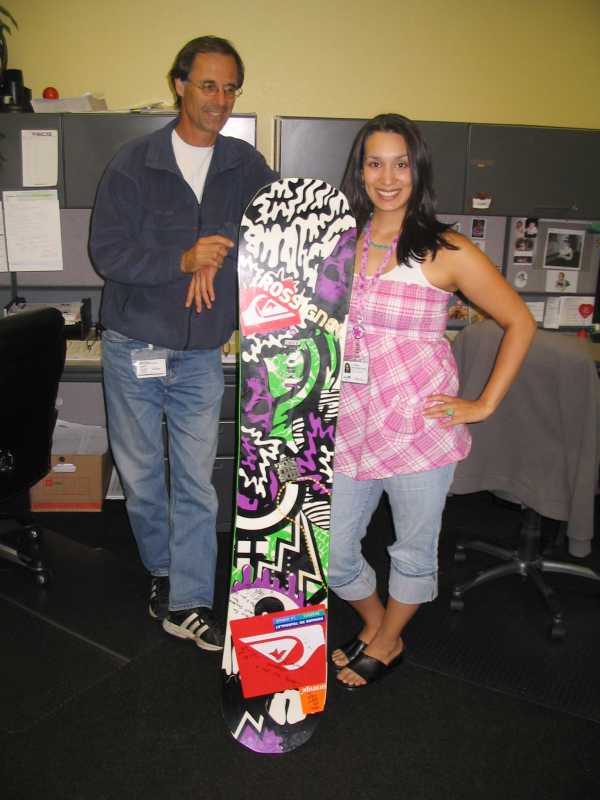 "When the five young men walked into the lobby of our Portland office, I could tell pretty quickly that they were European," says Lynden Logistics Domestic Inbound Agent Greg Popadiuk. It turned out three of the men were members of the French Olympic Snowboard Team, one was their coach and the other was a filmmaker shooting a documentary about world champion Mathieu Crepel, the best known of the team members. 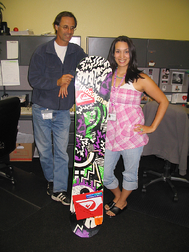 "Mathieu did all the talking and was the point person for communication about their shipping needs," Popadiuk says. "The group was staying across the street from the Lynden office after completing summer training on Mt. Hood near Portland."

They were planning to travel to Mexico before heading for New Zealand for more summer training. "The last thing they wanted to do was haul all their snowboard gear to Mexico, so they were looking for a shipping company to transport it to Christchurch," Popadiuk explains. Lynden was happy to step in. Popadiuk brought a folding chair out to the parking lot, sat down and began filling out invoices for the team's personal effects, which were strewn around the Lynden parking lot along with their snowboard equipment.

Customer Service Representative Amanda Zeppenfeld arranged to have the freight arrive in Christchurch and to clear customs a few weeks later when they arrived. To show their appreciation, the group gave the Lynden staff French Olympic T-shirts, a signed Mathieu Crepel pro custom Rosignol snowboard and invited them to dinner in downtown Portland.

"It was a great experience to spend several hours with five French guys who I had only met a short while ago," Greg says. "It was also ironic as I had just dropped my 17-year-old son at the Portland airport 24 hours earlier for his own three-week stay in Europe."

You can check out Mathieu Crepel snowboarding on YouTube.com.

Topics from this blog: Lynden Logistics