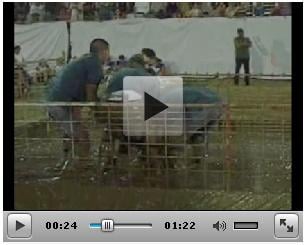 LTI, Inc. drivers in Jerome, Idaho held their own with some wily pigs at the Jerome County Fair. The Moo Crew of Josh Gailey, George Dennis, Jason Kiser and Cesar Espino competed against 70 other teams to wrestle a pig into a 50-gallon barrel inside a muddy pen. See this spectacle for yourself, watch the video!

The Lynden team appears in green shirts 20 seconds into the clip.

LTI, Inc. also sponsored two children’s teams. Office Clerk Nichol Harris’ daughter Izabelle was a member of the Mini Moo Crew, made up of 6 and 7 year olds, and the Junior Moo Crew was for 12 and 13 year olds. Josh and Cesar have pig wrestled the past two years at the fair. Cesar’s son Eli participated on a separate team which took first place. An article about the event appeared in the Jerome newspaper the Magic Valley Times News. 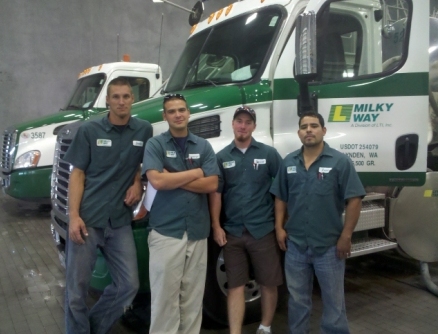