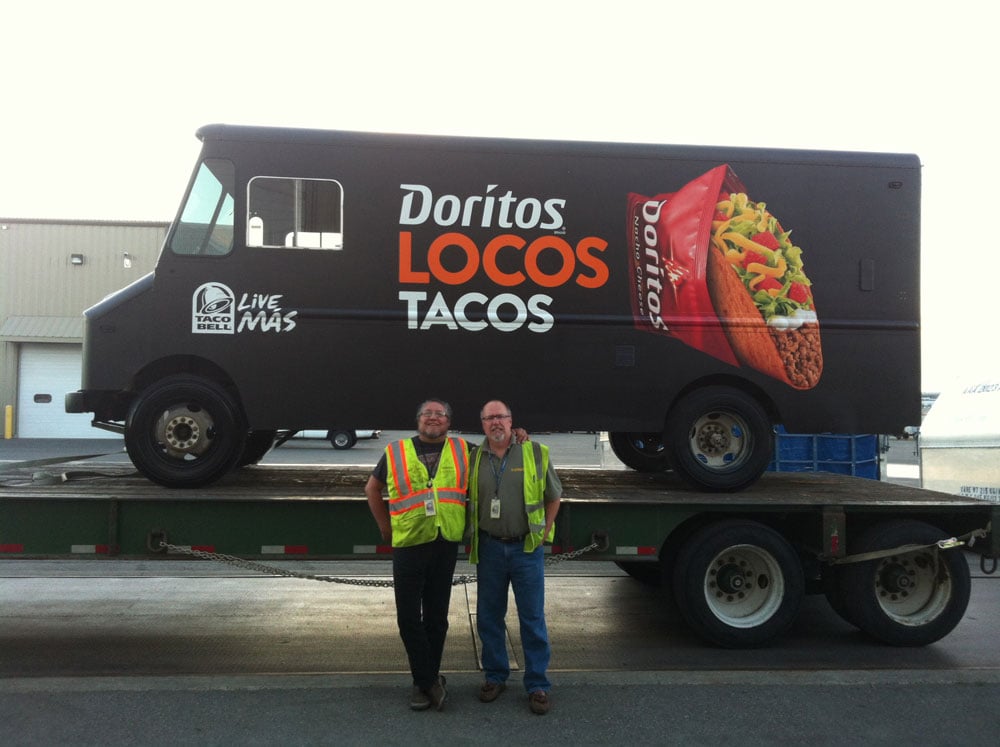 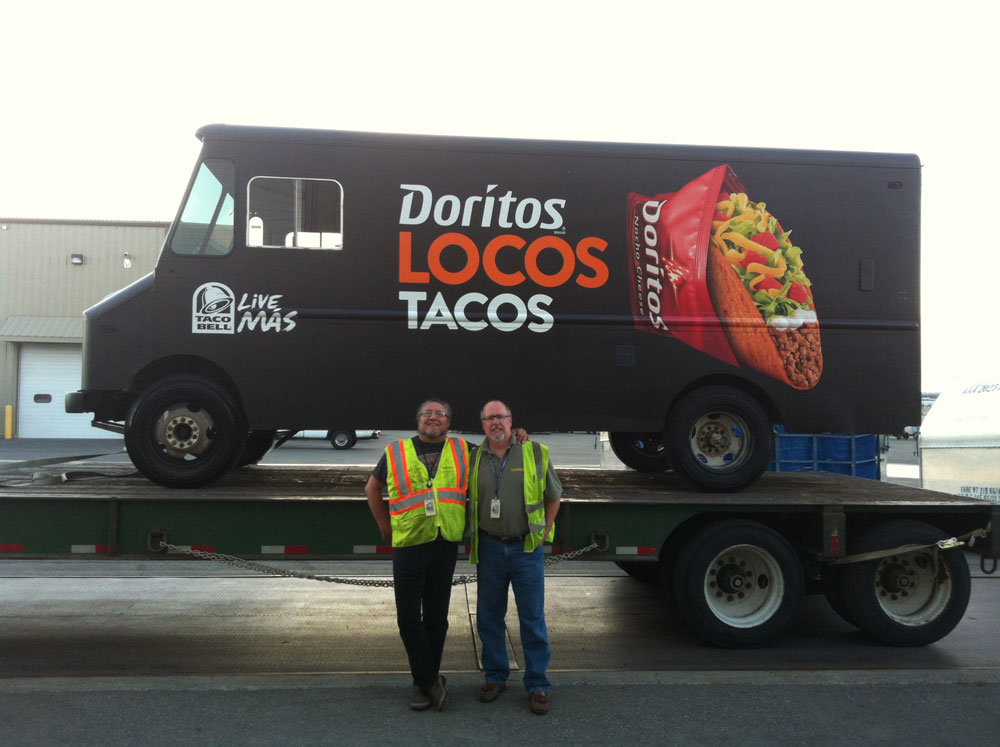 That’s where Lynden comes in. According to Lynden Logistics Account Executive Greg Obeso, Lynden’s hat was already in the ring for transporting Taco Bell’s supplies to Bethel because of its outstanding performance handling logistics for the Discovery Channel’s “Deadliest Catch” and other programs over the past three years. One Los Angeles producer knew another producer and the Lynden recommendation sealed the deal. 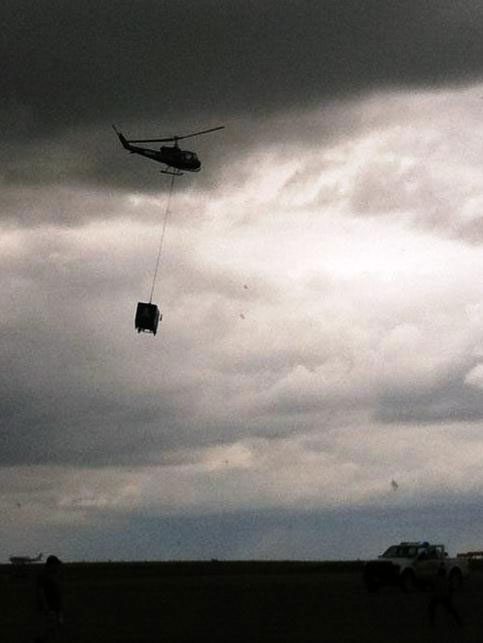 Now that Operation Alaska is complete, Greg says Lynden will move the taco truck back from Bethel to Anchorage, load it on an Alaska Marine Lines barge for Seattle and then haul it to Irvine, CA via Lynden Transport. The truck is slated to be displayed at Taco Bell’s California headquarters as a reminder of the “doozy” of a story.