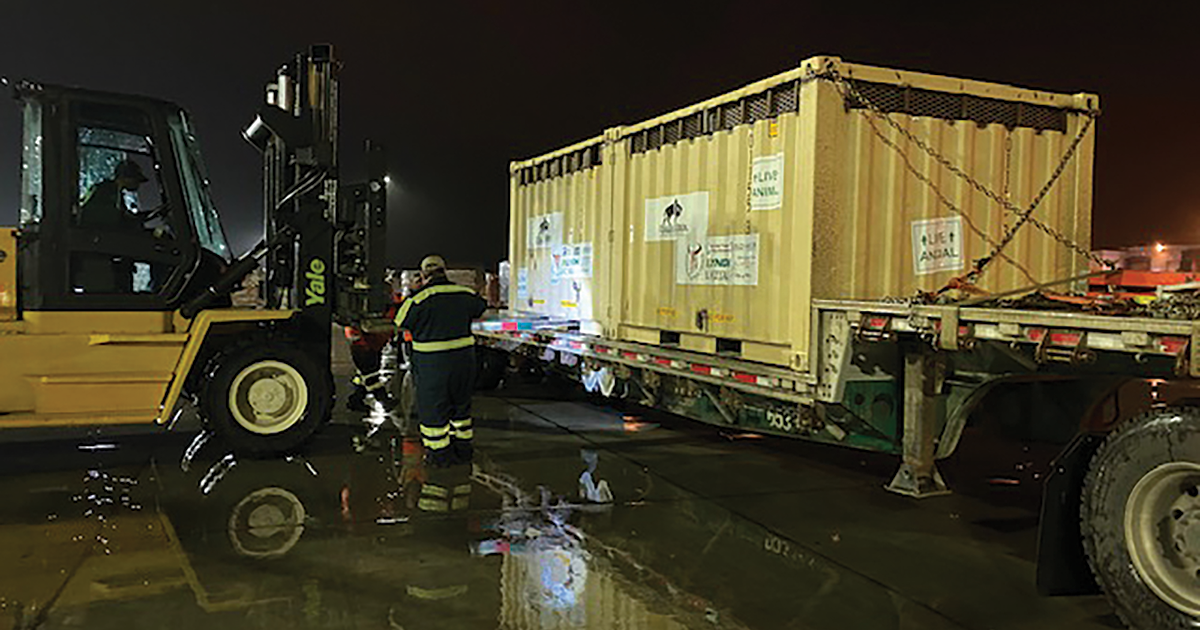 Earlier this year the Alutiiq Tribe of Old Harbor, AK was awarded three bison bulls from Yellowstone National Park to improve the genetic diversity of its Sitkalidak Bison Herd. The catch: the bison required transport from Montana to Seattle, from Seattle to Anchorage and from Anchorage to Homer Spit. The final destination required a boat ride to Sitkalidak on Kodiak Island.

"I was informed that on special occasions Lynden Transport may transport livestock," says Cynthia Berns, Vice President of Community Affairs for the Old Harbor Native Corp. "So I called Paul Friese in Anchorage."

Paul Friese, Vice President of Alaska Sales for Lynden Transport, responded to the call with the usual can-do attitude. Gathering all the details, he quickly put the team in motion. Lynden Driver Clay Bonty met the FedEx plane in Anchorage, carefully loaded the special 20-foot container containing the three bison and headed to Homer, AK. "This was a very special project," Paul says. "We were happy to be involved and assist the Alutiiq Tribe." 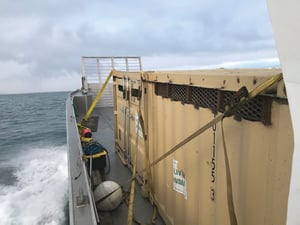 The container weighed in at 4,500 pounds, plus three bulls at 1,200 pounds each, for a total weight of 8,100 pounds. Once Clay reached Homer, the container was loaded onto a landing craft vessel bound for Sitkalidak Island, pictured right.

The transfer was a historic moment in returning Yellowstone bison to tribal lands. These particular animals are important to tribes because they are the genetically pure descendants of the bison that tribal ancestors lived with. In the case of the Sitkalidak herd, the new bulls will introduce genetic diversity for herd survival. "Our herd is managed to provide food security for our community of 230 residents and tribal members throughout the state," Cynthia explains. "In 2017, DNA testing was conducted on the herd, and it was suggested that we integrate new genes into the herd for long-term health and survival."

The bulls are settled in and doing well. They are outfitted with GPS collars that provide hourly updates on their status. "From trucks, plane and landing craft, these animals have come a long way. A huge thank you to our supporters at Lynden Transport for safely getting the bison to Homer and secured on the vessel for the last leg of their journey."

Five years ago, Lynden was involved in another bison relocation project using Lynden Air Cargo's L-100 cargo plane. Employees spent three days loading 100 wood bison into special containers in Portage, AK for truck transport to Anchorage via Alaska West Express. All 100 animals were loaded in Anchorage and delivered safely in three flights to Shageluk for the Alaska Department of Fish and Game.