The Great Trek with the Monster Truck 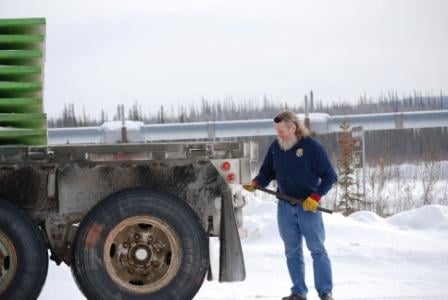 German Journalist Brigitte von Imhof was intrigued by Alaska's frozen freeways and the truckers who make the trip to the Prudhoe Bay oilfields. When she requested a ride up the haul road from Fairbanks to Prudhoe Bay, veteran driver John Schank offered her a ride-along. Brigitte spent the next 12 hours taking notes, asking questions and shooting photos. The resulting article, "The Great Trek with the Monster Truck" appeared in the presitigous German magazine "Tirolerin" and also in an Italian magazine. Tirolerin is the equivalent of TIME magazine here in the U.S. 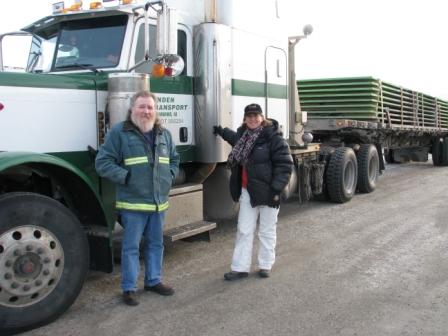 John has had his share of passengers. In the 1980s, a Seattle newspaper reporter rode along with him and wrote about the experience in the Seattle Post-Intelligencer. John says it's all in a day's work!

"From the Lynden Archives": This story was originally written in January 2010.