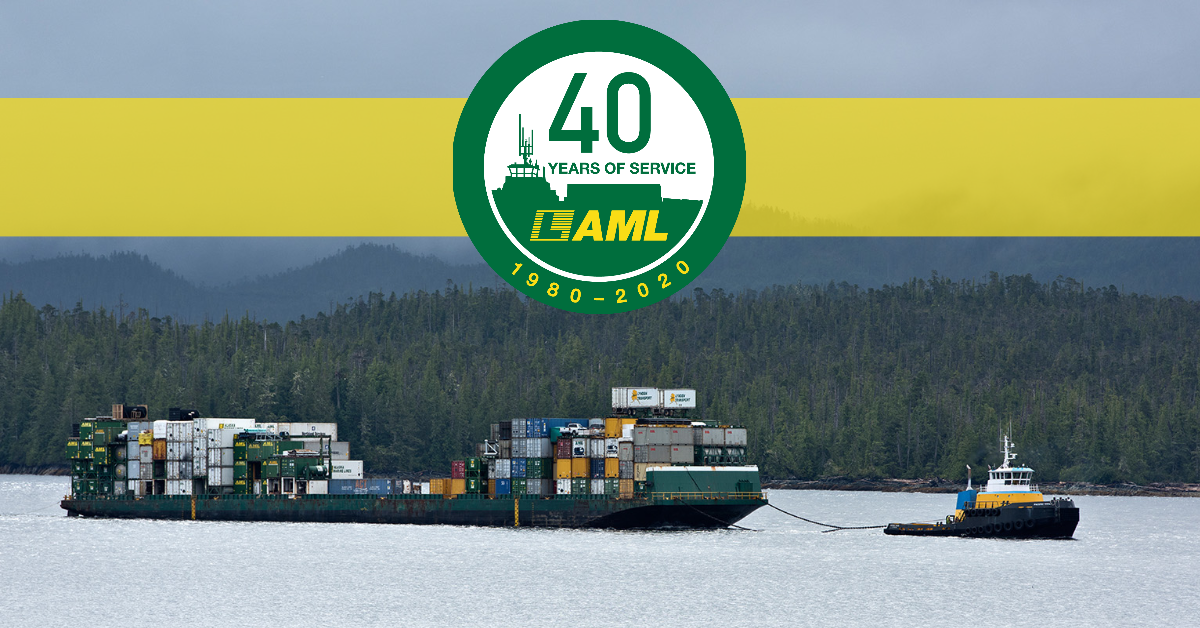 Alaska Marine Lines celebrates its 40th anniversary this year! That is 40 years we've been privileged to serve our amazing customers and local communities, 40 years side-by-side with the most wonderful, hard-working people in the barge industry and 40 years of experience fine tuning our service and reach to offer the largest fleet of equipment in Alaska.

In 2019, Alaska Marine Lines expanded its service area to include Arctic villages like Kaktovik to better serve customers statewide and this year has expanded its fleet with the purchase of two cargo barges.

"As we celebrate four decades of business I'd like to honor the dedicated and talented employees, past and present, who have contributed to our success," Kevin says. "We now service every major coastal region in Alaska. I look forward to seeing what the new decade will bring."