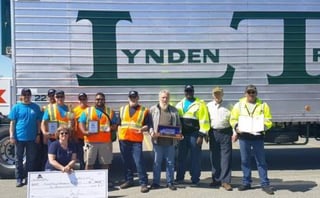 "We are always proud of the drivers who come out to represent the Lynden companies," says Richard Hennagin, Lynden Transport Safety Supervisor. "They are up against the best in the business, which makes their top place finishes even more impressive."