Big load flies down the road 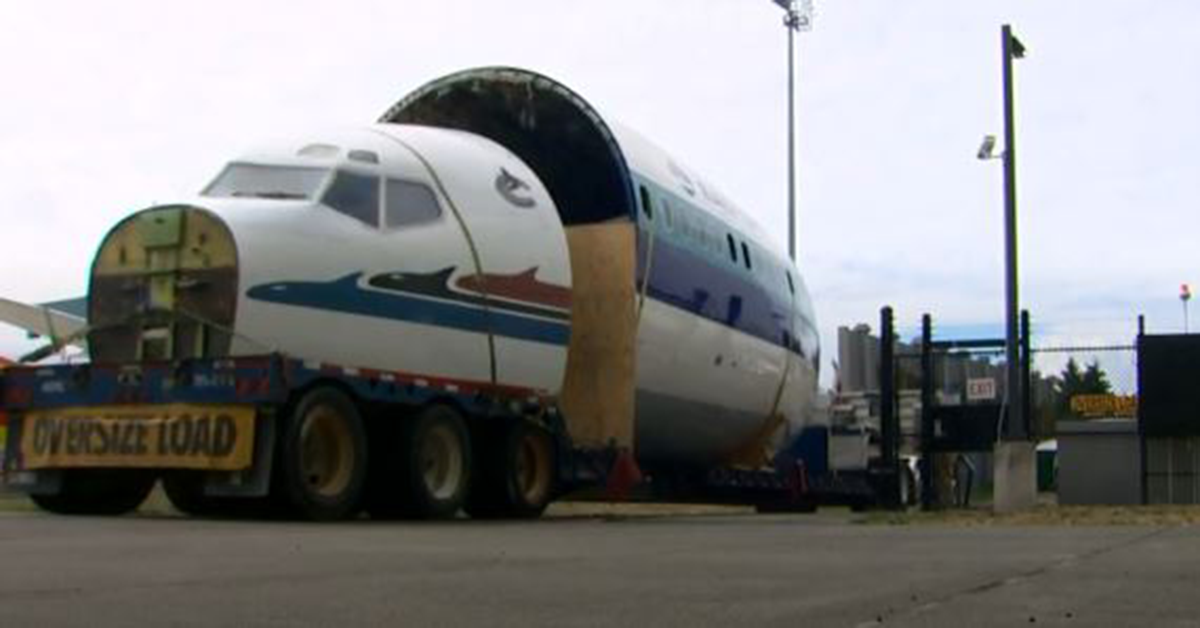 Parts of a vintage 727 jetliner were strapped to an Alaska West Express trailer at the Future of Flight Museum in Everett and hauled to a hangar at Columbia Pacific Aviation in Moses Lake, WA. The noteworthy move was covered by Seattle's KING–5 TV and Alaska West Express Driver Tom Lardie was featured on that night's newscast. The museum closed after 13 years and all the planes were taken down from the ceiling and hauled to new homes at other museums or moved into storage. "Dispatcher Roger VanMeter set this move up and knocked it out of the park," says Tacoma Service Center Manager Neil Cranford. "His planning and communication with the customer and driver insured that this freight moved without any damage or issues. It should also be noted that our driver, Tom Lardie, handled the move with the utmost professionalism. Having experienced drivers like Tom makes hauling oversize freight such as this possible." The fuselage was part of the original team plane for the Vancouver Canucks hockey team. According to Tom, it drew quite a bit of attention rolling down Interstate 90 from Western to Eastern Washington.