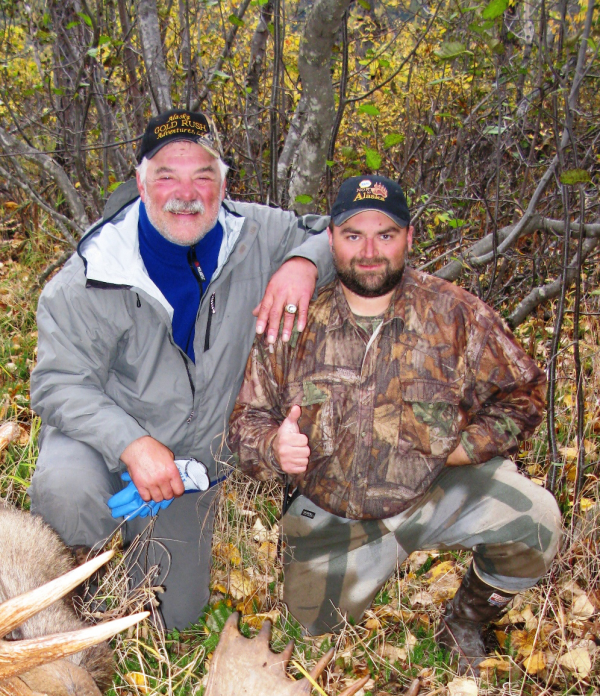 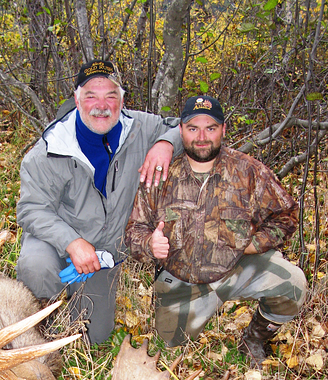 Sam Amato guided NFL Hall of Famer Larry Csonka on a nine-day moose hunting trip this fall. The trip was taped for a future airing on Larry's cable TV program "North to Alaska." Larry played for the Miami Dolphins in the 1970s, was voted MVP, and played in several Superbowls. He is an avid outdoorsman and has hosted the Alaska TV program for several years. After spending more than a week with Larry, Sam says he's just a normal guy; a farm boy raised in Ohio who loves the outdoors. They got the moose on the last day of the trip.

Watch for episodes featuring the hunting trip to air on 1/29, 1/31, 2/1, 2/5, and other dates in the near future. A full schedule can be found on the North to Alaska website.