Lynden responds to crises at home and abroad

The month of August brought temperatures so hot that wells ran dry in Oregon. The month also delivered devastation in Haiti with a magnitude 7.2 earthquake. In typical Lynden fashion, LTI, Inc./Milky Way and Lynden Air Cargo quickly mobilized people and equipment to help.

"Like many states, Oregon has been suffering from drought conditions this summer. When I first talked to the Oregon Emergency Management Team about this project in late July, there were 55 dry wells. That quickly increased to 187 and numbers continued to climb," says LTI, Inc. Klamath Falls Operation Manager John Bailey.

The state reached out to LTI, Inc./Milky Way to see if its tankers could haul water, instead of milk, to stranded residents. Oregon's Bootleg Fire was in full swing and water tenders were scarce. John, Regional Manager Greg Tolle and Lynden leaders came up with a viable plan and moved forward to meet the state's needs.

A milk tanker is not set up to pump water, so alterations were needed to make the deliveries. "On day one it took two drivers, one to run the pump and the other to hold the end of the hose so it wouldn't come flying out of the tank," John explains. "On the second day, we built a 2-inch PVC fitting that slips into the tanks making it a one-man job. That worked so well another water hauler copied us."

John says he was surprised at the overwhelming support from residents when they first saw the Milky Way tankers pulling down their streets. "Driving a 6,700-gallon milk tanker on city streets can be challenging. In some instances, we had to ask neighbors if it was ok to back into their driveway to get turned around." Each day, the Oregon State Water Master emails a list of homes needing water to LTI, Inc. and the delivery route is built from that information. The Lynden team will continue serving Oregon residents through October.

A half a world away an earthquake struck Haiti on Aug. 14 leaving thousands dead and many injured. Haiti is still dealing with the fallout from an earthquake in 2010 that killed an estimated 300,000 people. As it did in 2010, Lynden Air Cargo began flying relief missions immediately. 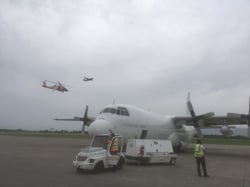 "Our first three flights were assisting with the movement of a search and rescue team's gear from Washington, D.C. to Port-au-Prince in Haiti," explains Dan Marshall, Lynden Air Cargo Charter Manager.

"We have also flown two supply missions from Fort Lauderdale, FL to Port-au-Prince. Authorities that grant landing permits switch from one day to the next which adds to the confusion on the ground, however the Lynden team persevered and operated all flights very close to the originally scheduled date and times."

For the past 15 years, LTI, Inc. drivers would head out to local dairies in Bonanza, OR to pick up milk for their customer. But the arrangement changed last year which allowed drivers to take on other projects and serve new customers. LTI, Inc. Vice President of Operations Chae Matta and Regional Manager Greg Tolle immediately started looking for options for the 24-man crew to continue working in the area.

"Unfortunately, our office and yard in Bonanza were more than 50 miles out of route for Lynden's California work, so we found a new 3.5-acre location just south of downtown Klamath Falls," explains Operations Manager John Bailey. "The new location on Highway 97 puts us right in line with the current routes, so it offers new opportunities for the Klamath Falls team."

By late fall, the mobile office, a shed, carport and other equipment were moved from Bonanza to the new space. "It was an all-day process to get everything set in place so we could resume business as usual," says John, "I really appreciate Chae and Greg creating this new opportunity for our team. I see nothing but growth in the future." Employees that came in on a day off to help included Brent Hadwick, Clint Shultz, Hank Walling, Joe Hicks, Sutherlin Driver Supervisor Patrick Murphy and McMinnville Mechanic Terry McCord. 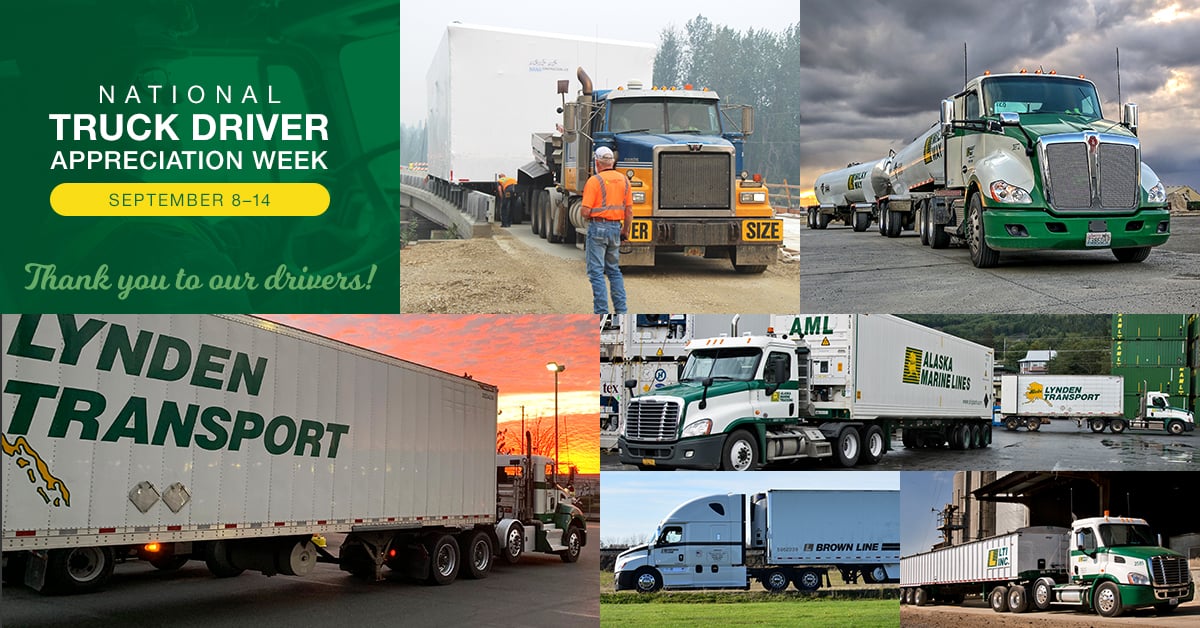 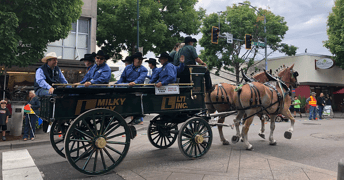 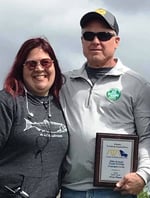 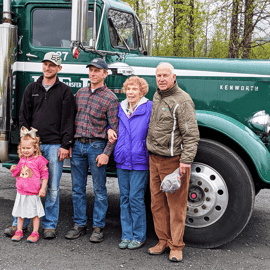 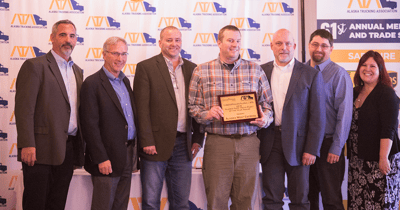 Alaska West Express received the 2018 Alaska Safe Truck Fleet of the Year Award from the Alaska Trucking Association (ATA) at its annual meeting in April. Alaska West Express also received the award in 2016, 2014, and 2013. The carrier was recognized for its safety performance in 2018, including accident frequency rates, Compliance, Safety and Accountability (CSA) scores and OSHA recordable injuries. Pictured to the right are members of ConocoPhillips, Alaska West Express and the ATA at the meeting.

The ATA sponsors this prestigious safety award with ConocoPhillips to recognize and reward carriers who operate safely on the highway and in the workplace. CSA is a major safety measurement and reporting initiative of the Federal Motor Carrier Safety Administration (FMCSA).

"This award demonstrates the dedication and hard work of our entire team of transportation professionals," says Alaska West Express President Eric Badger. "Our drivers, maintenance personnel, operators, dispatchers, supervisors, managers and administrators all share in this success. Their efforts to continually identify safety improvements in our extremely challenging conditions is the cornerstone of our program. The safety of our people, the environment and our equipment is our most important objective each day."

"Alaska West Express clearly demonstrates to themselves, their management and the general public that the trucking industry can and does operate safely. Safety is our number one priority. ATA is proud that Alaska West Express is a member" said Aves Thompson, Executive Director of the Alaska Trucking Association.

Alaska West Express was also the Grand Award recipient for the National Tank Truck Carrier (NTTC) Competitive Safety Contest in the 7–12.5 million mile class. The award is based on best in class for the number of accidents, personnel injuries and actions the carrier takes to better the cargo tank industry.

Alaska West Express provides truckload transport of liquid- and dry-bulk products throughout the U.S. and Canada and specializes in trucking to Alaska with terminals in Anchorage, Fairbanks and Tacoma. It also operates a training center and offers classes in hazardous materials transport, emergency response and workplace safety. 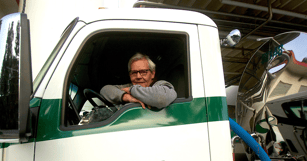 Each year, LTI, Inc. honors its Everyday Heroes with dinner events at various locations in Washington, Oregon and Idaho. Retirees are also included to celebrate employees past and present for their many years of dedicated service to Lynden.

Milky Way Driver Scott Polinder achieved a milestone of 40 years of safe driving in 2018, and Jeff Smith celebrated 30 years without an accident. Retirees from the past year Jeff Kok, Arnie DeKubber and Mark Coppinger were also recognized for their years of service.